Wednesday 29th April
A few weeks ago Rock Rose House asked us to help move some outdoor furniture from storage to the patio area at the rear of Rock Rose House. When we moved the furniture we noticed some of it was in need of attention, and as a goodwill gesture, we brought a seat and table up to the shed, and our carpenter replaced the seat and repaired the table - 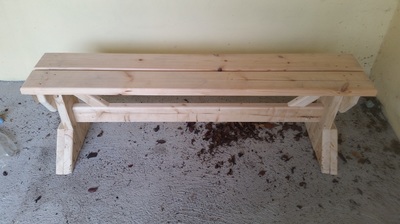 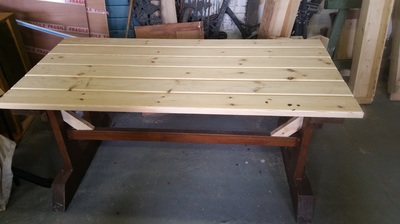 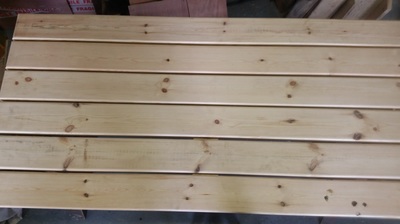 Monday 27th April
Regional Shed Networking Day
Castlebar Men's Shed provided the stewards for the Networking day - directing cars and members from the various sheds to the meeting room -  thanks lads
Over 20 sheds from the western region were represented at the event. Presentations were made by a number of sheds and we had talks from Mr Michael Mc Tigue - National Shed Director , , Niall Culkin -  Sligo Shed Movement and Celia Keenahan - research presentation and others. Castlebar Men's Shed were ably represented by our choir under the guidance of Sr Mary - well done to all concerned. 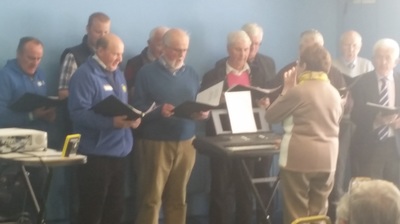 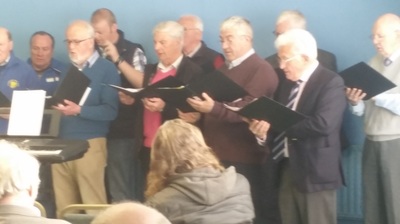 Apologies for the quality of the photos above
Thursday 23rd April
Hanging Basket Supports
What a lucky bunch we are to have an artist in our midst that can create something like this from a flat piece of metal. (Apologies for the quality of the photos, but we will have proper ones later)
These creations can be used individually on a  wall to support one basket or as a pair they can be joined together to wrap around a street light/lamp post or similar structure, and 2 hanging baskets can be  used. 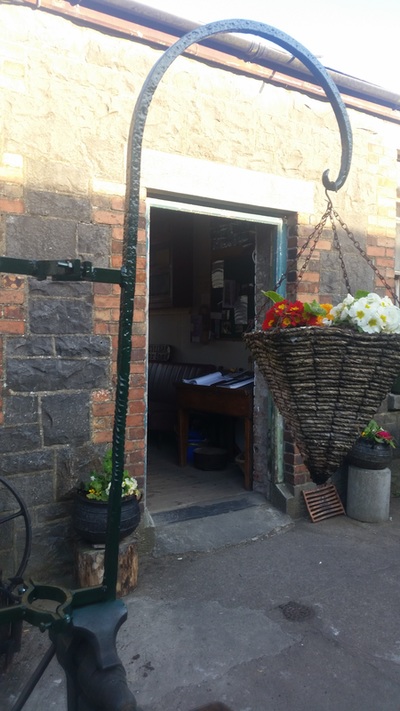 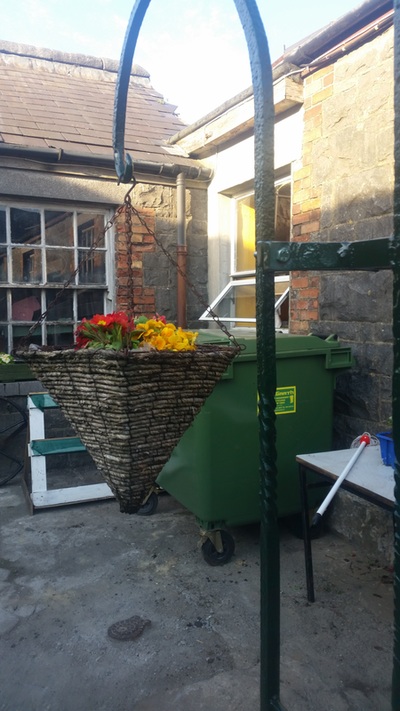 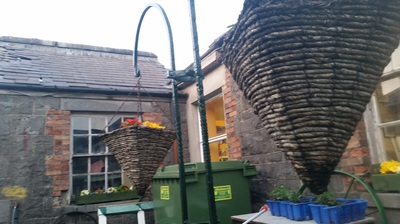 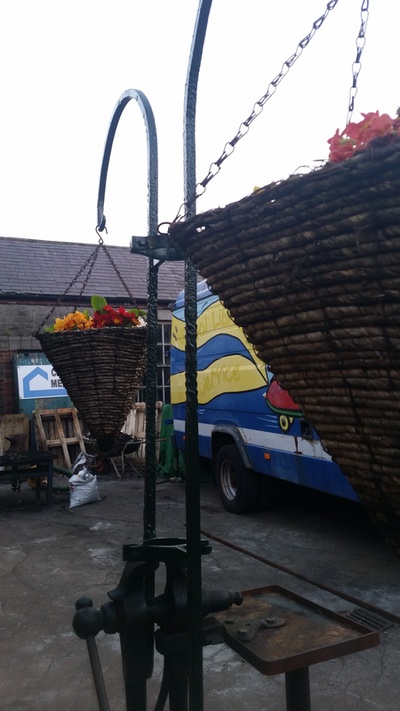 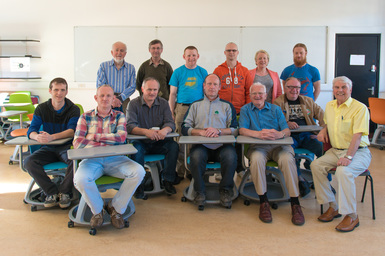 Met with Sharon Boyle and the media students from GMIT Castlebar for the "premier"of their video production. The students visited the shed
numerous times over the last few months. They took loads of photos and made 2 videos.

One video shows our master blacksmith in action and the other one is an interview with some of the shed members. These photos and videos will be available for everyone to view when the students have finished their editing.
Tuesday 21st April
Our newly elected PRO, Mr Donal Geraghty, made his first outing on our behalf when he had an interview with Angela Faull  on Castlebar Community Radio - CRC FM - at 12.30 today. Donal gave a wonderful account of the activities that take place in Castlebar Men's Shed, namely supplying kindling, flower boxes, cast iron bench restoration, tractor restoration, mens choir, volunteering for numerous events organised by Castlebar organisations and many more activities in the local community, well done Donal
Monday 20th April
The new committee had its fist meeting - several matters were discussed - decisions were made - everything progressed smoothly
Sunday 19th April
Mayo County Ploughing Championship took place outside Kilmaine from 11am to 6pm. Castlebar Men's Shed were represented superbly by 2 of our wonderful craftsmen, Tom the Blacksmith and Bernie the Baker. Thanks to all the committee at Mayo County Ploughing for inviting us. 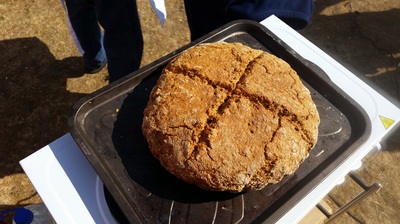 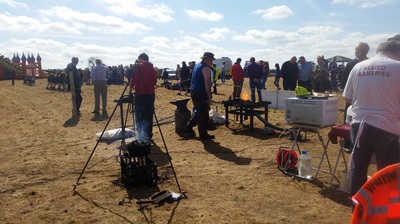 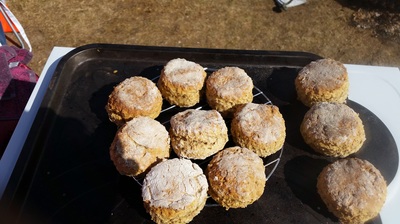 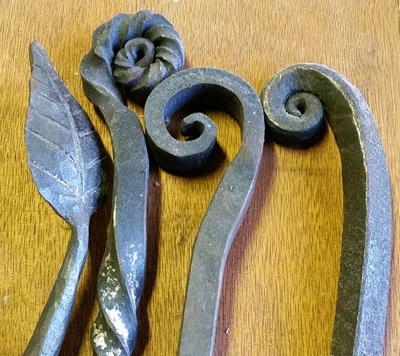 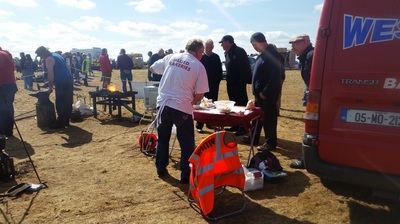 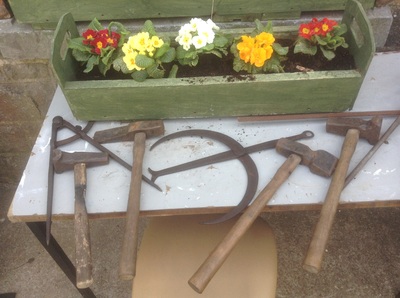 Friday 17th April
Met with staff at Rock Rose House St Patrick's Avenue - helped them to move furniture from storage area to their outdoor area so that service users can sit  and have a cup of tea in the outdoor garden area - brought some of their furniture back to our workshop for repair
Thursday 16th April
Michael Carrigan - Campus buildings manager - from GMIT Galway called in for a chat - we had made inquiries about having a raised  bed for vegetables/flowers on the outside of our "shed", and he advised us on same.


Mairead Ludden - Lecturer from GMIT Castlebar - very generously gave up some of her time to
advise us on various health and safety matters in the shed, and she is going to prepare a report on costings for any repair work that needs to be carried out in the shed which will assist us in any funding application we will be making in the future
Friday 10th April
Quick meeting in the shed to finalise arrangements for our forthcoming AGM
Wednesday 8th April
Castlebar Men's Shed members presenting some window boxes to Anne and the staff at Le Cheile Family Resource Centre Tucker Street Castlebar - a little token of our gratitude for all the good work they have done for us - thanks guys 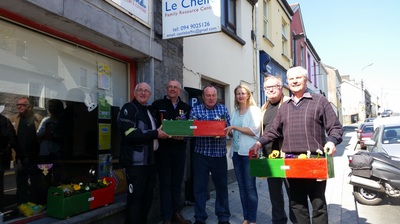 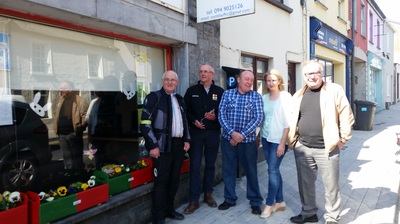 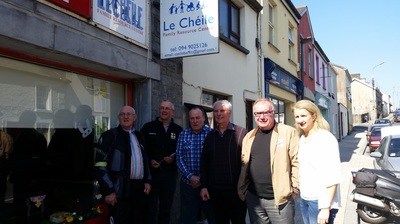 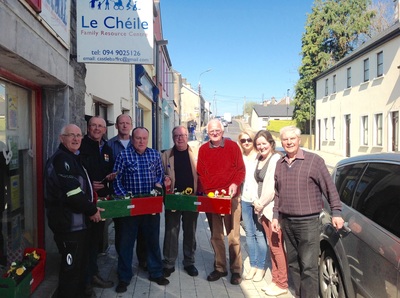 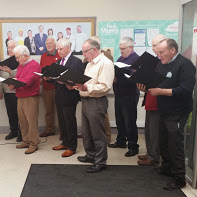 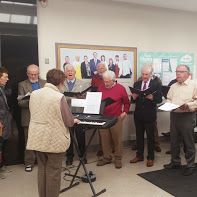 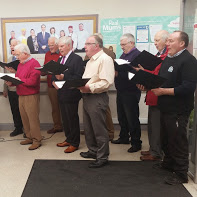 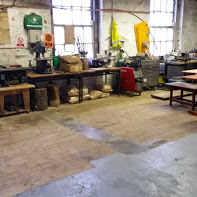 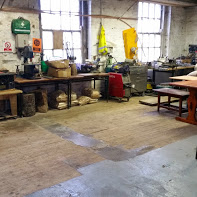 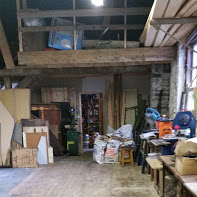 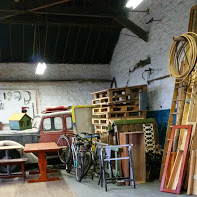 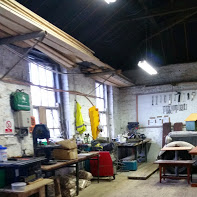 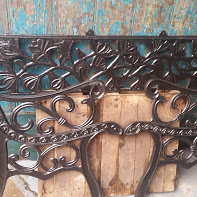 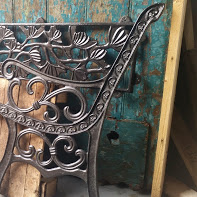